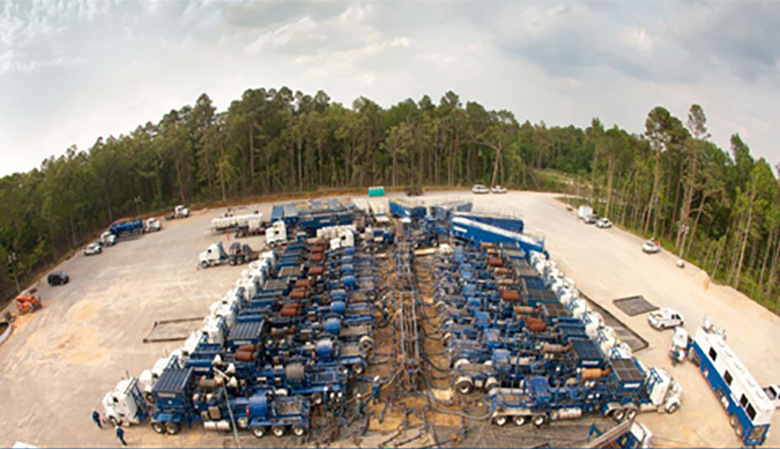 Weatherford has sold its US pressure pumping and pump-down perforating assets to Schlumberger for $430 million in cash, abruptly ending a planned joint venture that was to begin operations on 1 January.

The parties agreed to revised deal terms that reflect an asset sale, abandoning the previously announced OneStim joint venture that had received US Department of Justice approval a month ago.

Schlumberger will take ownership of Weatherford’s US pressure pumping and pump-down perforating related facilities and supplier and customer contracts. Additionally, 100 Weatherford employees associated with the business will transfer to Schlumberger.

Weatherford will retain its well completions portfolio, manufacturing capability and supply chain, and use the cash to pay down debt.

“The closing of this transaction represents another step on our path toward building a solid and strong company and unlocking the potential that exists within Weatherford,” said Mark McCollum, president and CEO of Weatherford. “Although not as originally anticipated, this transaction delivers cash proceeds that enable our company to begin the deleveraging process and, coupled with our transformation plans, will lead to a leaner organization with lower debt and significantly higher profit margins. In addition, retaining 100% of our leading land-based multistage completions business allows for significant upside potential for Weatherford.”

Weatherford has struggled with losses and has been trying to sell units and raise cash to reduce about $7.9 billion in debt. It suffered a $875 million loss on $4.21 billion in revenue for the first 9 months of this year.

In March, Weatherford agreed to put its North American pressure pumping and well completions operations into a venture with Schlumberger in exchange for $535 million in cash and a 30% stake in the resulting business, called OneStim. The effort was designed to better compete against market leader Halliburton.

RBC Capital Markets analyst Kurt Hallead in a research note said the deal doubles Schlumberger’s hydraulic fracturing fleet and will allow it to avoid a potential payout to acquire the rest of OneStim. Weatherford gets most of the cash it would have received under the original agreement, but gives up recurring income from the joint venture, he wrote.

The deal also gives Schlumberger complete control and makes operations simpler, including eliminating the need to integrate the software of two companies to run equipment.