NEW YORK/LONDON/SINGAPORE (Reuters) – In the two years since Washington lifted a 40-year ban on oil exports, tankers filled with U.S. crude have landed in more than 30 countries, ranging from massive economies like China and India to tiny Togo.

The repeal has unleashed a flood of U.S. shale oil, undercutting global crude prices, eroding the clout of the Organization of Petroleum Exporting Countries (OPEC) and seizing market share from many of its member countries.

In 2005, before the shale revolution, the United States had net imports of 12.5 million barrels per day (bpd) of crude and fuels – compared to just 4 million bpd today.

U.S. producers are making new customers out of some of the world’s biggest oil-importing nations in Asia and Europe, posing a serious competitive threat to the only other countries that produce as much crude: Saudi Arabia and Russia. At home, the export boom has filled pipelines and sparked a surge of investment in new shipping infrastructure on the Gulf Coast.

(For an interactive graphic detailing the global impacts of the U.S. shale revolution, see: tmsnrt.rs/2EtJgen)

U.S. producers now export between 1.5 million and 2 million barrels of crude a day, which could rise to about 4 million by 2022. The nation’s output is expected to account for more than 80 percent of global supply growth in the next decade, according to Paris-based International Energy Agency.

Much of the increased flow will go to China, the world’s top importer and, since November, the largest buyer of U.S. crude other than Canada.

Chen Bo, president of Unipec – China’s largest buyer of U.S. crude – told Reuters that the firm expects to double U.S. imports this year to 300,000 bpd as it seeks to expand sales in Asia and find new customers for U.S. exports in other regions, including Europe.

Unipec – the trading arm of Asia’s largest refiner, state-owned Sinopec – is also considering long-term crude supply deals with U.S. pipeline and terminal operators. The firm may also partner with such firms to expand and improve U.S. export infrastructure, Chen said in an interview.

“The bulk of that growth will likely be exported,” Fyfe said.

Total U.S. crude imports have dropped to 7.6 million barrels a day from a peak of 10.6 million bpd in 2006. OPEC’s share has declined from more than half of U.S. imports to about 37 percent as the United States relies more on domestic production and neighboring Canada.

U.S. producers have also broken into the market in India – the world’s third-largest oil importer and home to the world’s largest refining complex, operated by Reliance Industries.

In Europe, as of November, the United States had become the fifth-largest oil supplier to France, according to customs data, exceeding Nigeria, Libya, Iran or the North Sea. In November 2016, the U.S. didn’t even make the top ten.

China stopped importing Nigerian crude in the fourth quarter, according to Chinese customs figures, and while China’s overall imports rose by 12 percent in 2017, imports from Saudi Arabia rose just 2.3 percent. 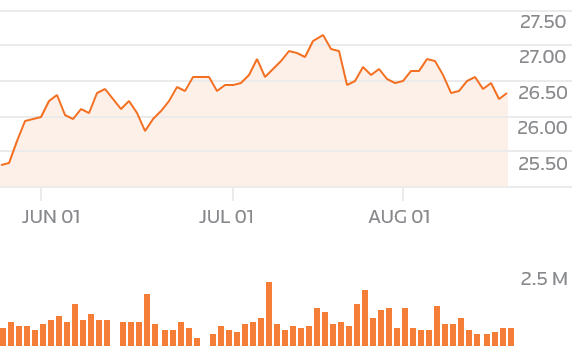 Surging U.S. exports are rippling through the rest of the domestic energy economy. Shipping terminals Texas and around the Gulf Coast are building out infrastructure to handle larger tankers.

“If we didn’t have the option to send that crude to export markets, I think crude oil production would have been much more distressed,” said Jarl Pedersen, chief commercial officer at Port Corpus Christi in south Texas, referring to 2016, when oil prices were still in the 40s.

Pipeline and logistics firms are among the big beneficiaries, as booming crude demand means steadier profits for companies sending oil to the Gulf and storing it for export.

Enterprise Products Partners (EPD.N) – which operates more than 5,000 miles of crude oil pipelines and 38 million barrels of crude storage – reported record profits in 2017, boosted by record volumes for its pipelines and marine terminals.

Magellan Midstream Partners (MMP.N), which operates key pipelines from Texas’s Permian Basin to the Gulf, expects to spend more than $1.7 billion in the next two years on construction projects. Among those are new docks, storage and marine terminals in the Houston area to meet growing demand.

Terminal operators and shippers in the U.S. Gulf are ramping up investment to guard against supply bottlenecks as more barrels leave the U.S. It can take 18 to 24 months to build an export dock.

Gulf Coast terminals handle three-quarters of U.S. crude exports, but only one – the Louisiana Offshore Oil Port (LOOP) terminal – can handle supertankers that can carry up to 2 million barrels of oil.

Most shipping channels are too shallow. Last year, Occidental Petroleum Corp’s (OXY.N) Ingleside terminal at Corpus Christi test-loaded a supertanker – but that channel is currently not deep enough to fully load such a vessel.

In late January, the CEO of the Corpus Christi port forwarded a letter from six energy executives pressing the Trump Administration for $60 million in federal funding for ship channel improvements as part of a $320 million project to widen and deepen the port’s ship channel.

“If that project for some reason should stall,” said Corpus Christi’s Pedersen, “that would really make U.S. crude less competitive in Asia.”